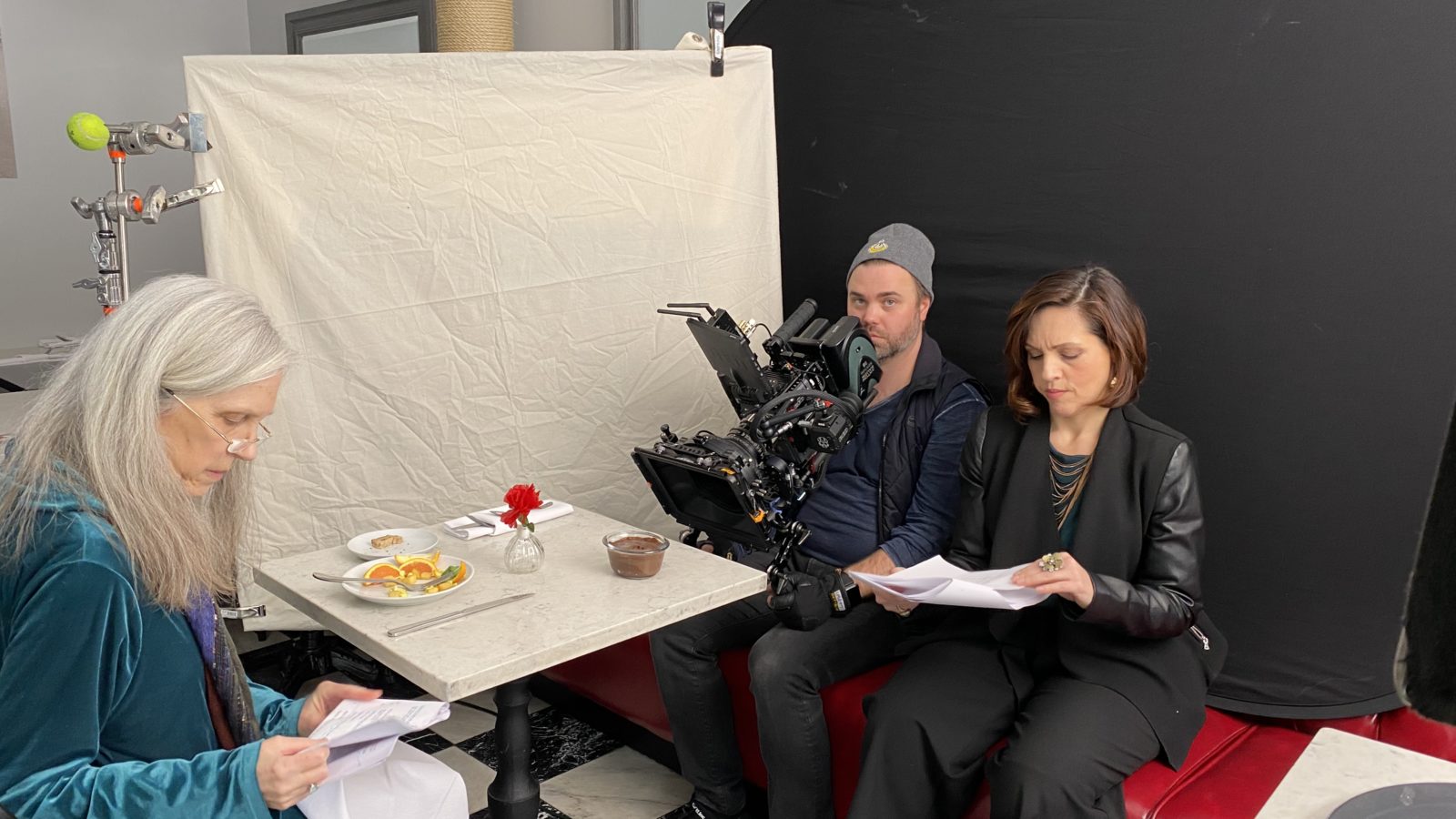 Brunch in Babel is a short comedy that confronts the lack of communication in today’s supposedly evolved society.  Set in a swanky New York City restaurant, the patrons, four distinct couples, suffer from the inability to listen, and thus, to be heard. A God-like figure intervenes, realizing that an ancient decision has gone too far.  With the simple clink of a coffee cup, the divine figure rapturously course-corrects human behavior, creating a modern-day Pentecost that hopefully will stay for good.

Produced in association with On The Rocks Films