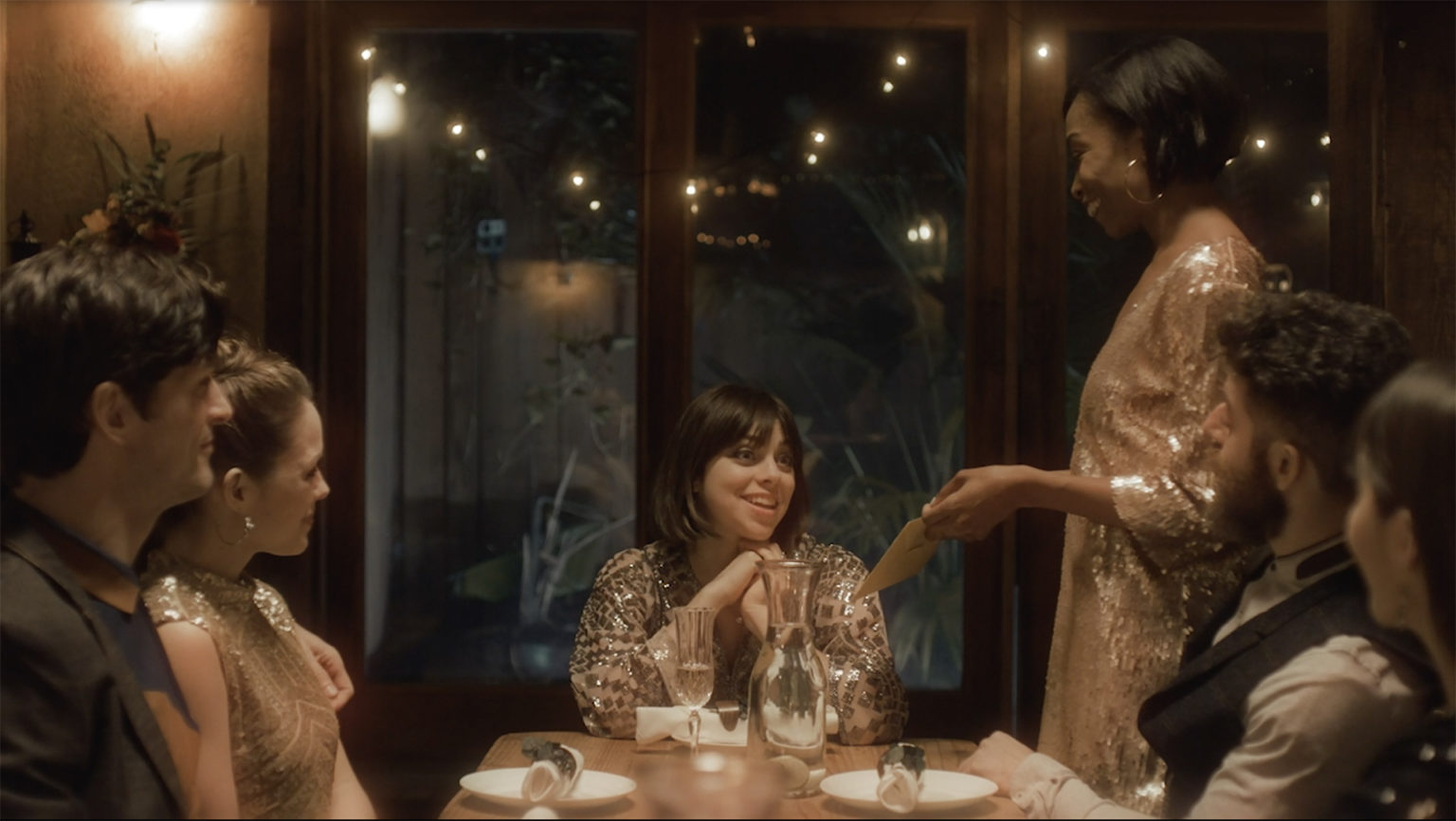 Photographer Dani struggles professionally and personally as the lines between reality and imagination blur. On the eve of a cornerstone birthday, her well-meaning friends and family bombard her with a series of dating app gift cards, leaving Dani in a state of utter shock and despair. Reluctantly, she sets out on a journey ignited by the events of the infamous dinner party and tries to pull the pieces together as she discovers the tools to develop her unactualized life. With elements of imagination, music, and movement – this piece takes us on Dani’s journey of self discovery in a non-linear, playful way.

Produced in association with On The Rocks Films